Blues music is known for its soulful sound, often invoking feelings of sadness, joy, or even anger. If you’re looking to add some emotion to your vinyl collection, then check out this list of the best Blues albums on vinyl.

Some of these Blues albums are even live performances, and capture the unique chemistry of musicians playing to an energized audience!

This list features some of the most influential and iconic Blues albums, from the 2020s all the way back to the 1930s.

As an Amazon Associate, I earn from qualifying purchases. Read my disclosure for more details. Thank you!

Ordered from newest to oldest 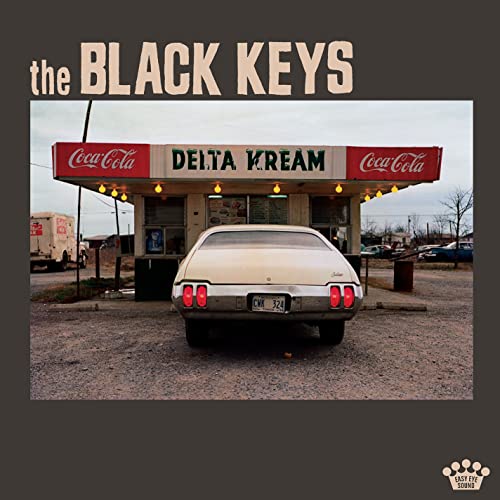 (2021) “Delta Kream” brings the Black Keys back towards their grittier Blues roots (after releasing a number of albums that leaned towards Rock/Pop).

On this double album, they perform 11 Mississippi Blues style songs, along with some incredible guest musicians.

This album is a great tribute to the genre that inspired them and helped launch their music careers, and deserves a place in your vinyl collection of Blues albums!

Buddy Guy – The Blues is Alive and Well 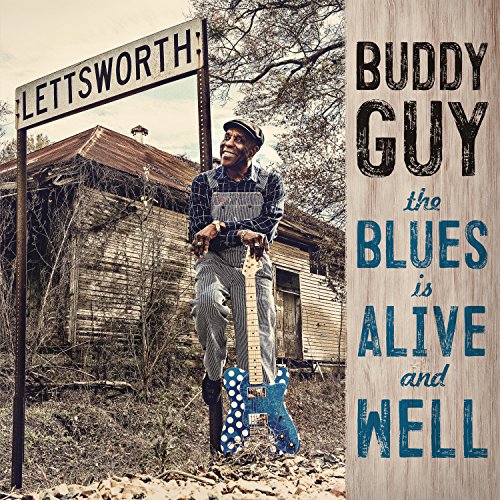 He is credited as one of the pioneers and godfathers of the Chicago Blues subgenre.

In the late 1950s and 1960s, along with releasing his own music, he played guitar with famous Blues musicians on record labels such as Cobra, Chess, and Delmark.

His 2018 album “The Blues is Alive and Well” is a GRAMMY Award winner (Best Traditional Blues Album) and full of astounding guitar work, strong vocals, and passionate lyrics. 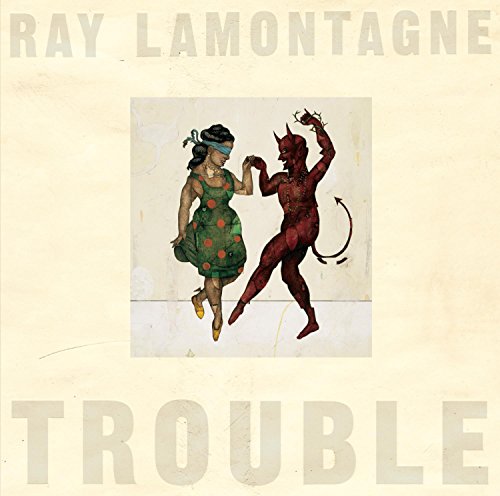 (2004) Ray LaMontagne’s debut album “Trouble” is a blend of Blues and Folk genres, and some songs even feature influences from other genres such as Soul or Country.

Along with LaMontagne’s airy and strong voice, the album’s powerful lyrics and slower tempo songs should give listeners a highly emotional experience.

Some of the songs on the album, such as “All the Wild Horses,” have been featured on tv shows and movie soundtracks. 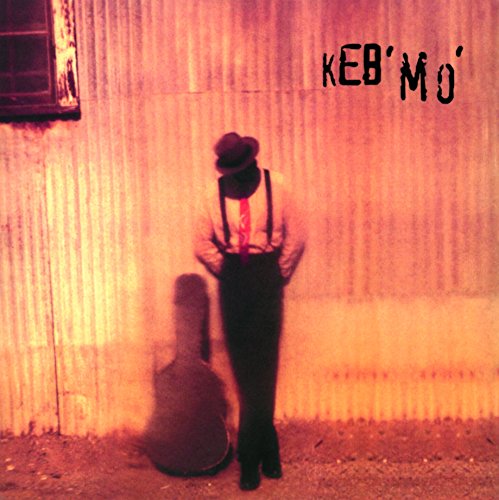 (1994) Keb’ Mo’ (born Kevin Moore) is a Blues musician with a soulful, smooth, and energetic voice.

His music style and storytelling has been compared to Blues godfather Robert Johnson of the 1930s, and he even played Johnson in a 1997 blues documentary called Can’t You Hear The Wind Howl.

His debut self-titled album contains covers of Robert Johnson tracks along with his own original Blues songs.

He has won multiple GRAMMY awards as a musician, but his debut Blues album lands on this list due to its focus on the genre and the Robert Johnson covers.

Keb’ Mo’ is still releasing music today, so if you’re a fan of this album you might enjoy checking out his other albums such as “Just Like You.” 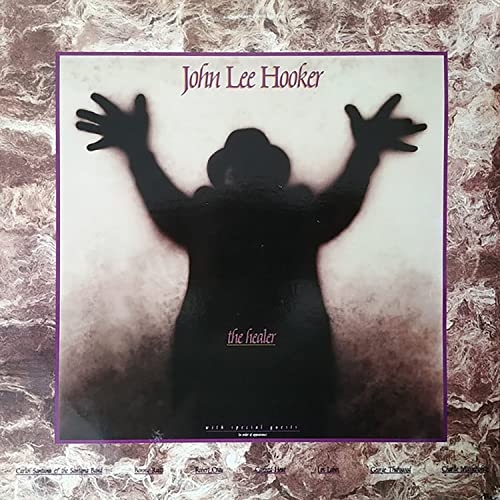 This album is a blend of Delta Blues and Detroit Blues (Hooker was born in Mississippi, and settled in Michigan when he was around 30 years old).

“The Healer” is one of his best albums, and deserves a place in your record collection.

It features collaborations with a variety of incredibly talented and famous musicians such as George Thorogood, Bonnie Raitt, and Carlos Santana.

The song “I’m In The Mood” (performed by John Lee Hooker and Bonnie Raitt) actually won a GRAMMY Award in 1989 for Best Traditional Blues Recording (and his album The Healer was nominated for the same Award)! 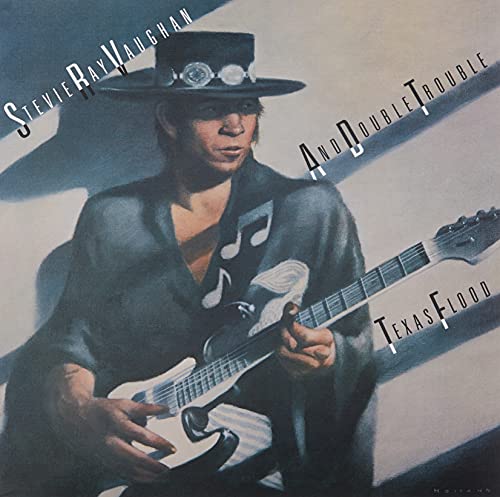 (1983) Stevie Ray Vaughan is famous for his incredible guitar skills, and was one of the most influential musicians through the 1980s Blues revival.

The title track “Texas Flood” is a cover of a Larry Davis song, and the band name “Double Trouble” is borrowed from a song by Blues musician Otis Rush. 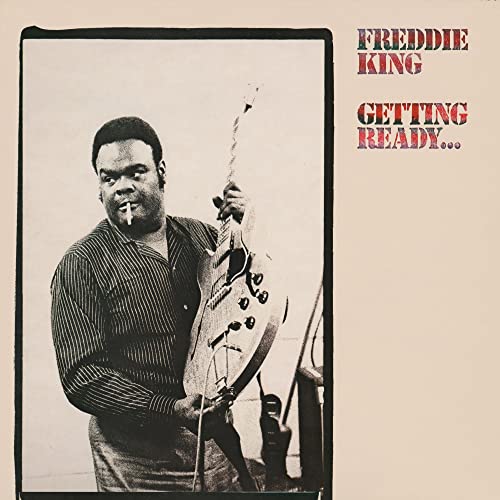 (1971) Freddie King had a significant influence on the development of Blues Rock in the 1960s and 1970s, and was a guitarist, singer, and composer.

He is known for his larger-than-life performances and his use of distorted electric guitar sounds.

His album “Getting Ready…” is collection of his own original songs mixed with covers of popular Blues songs from other musicians.

This album includes piano in most of the songs, and even has a few songs with King playing acoustic guitar.

Most of the songs on this great Blues album incorporate influences from other genres, such as Rock or Country, and is one of the widest-ranging Blues albums on this list.

Otis Rush – Mourning in the Morning 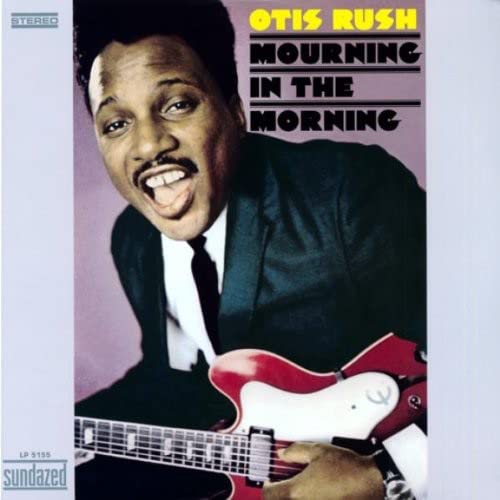 (1969) “Mourning in the Morning” is acclaimed for the powerful performances and emotive songwriting, with driving guitar and a horn section to keep the energy high!

Some of Otis Rush’s greatest songs are on this record, including “You’re Killing My Love” and a cover of B.B. King’s hit “Gambler’s Blues.”

This is an upbeat Blues album and is recommended for anyone who is a fan of Otis Rush, or looking to add an adventurous and exciting Blues album to their vinyl collection. 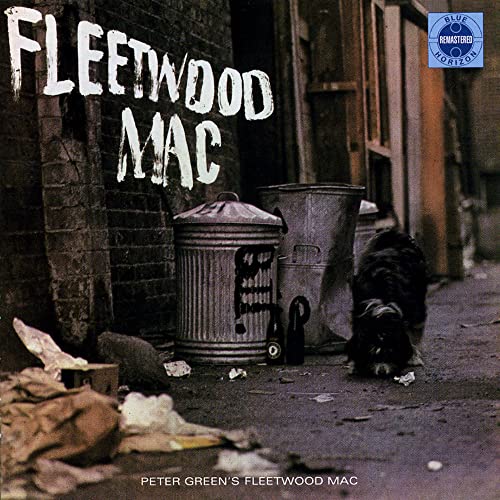 (1968) Most people don’t know this, but Fleetwood Mac (which became more widely known as an English rock band) was originally a Blues band started by Blues guitarist Peter Green.

In fact, one of their songs on this album, “Hellhound On My Trail,” is a piano-and-vocals cover of a song originally by Robert Johnson (who has been mentioned in this list a few times already). 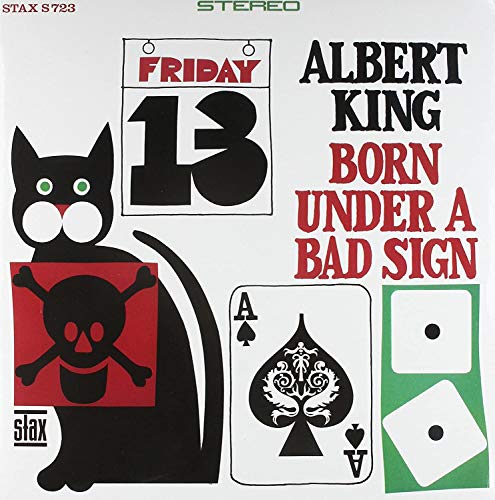 (1967) If you have ever heard about a left-handed Blues legend who played a right-handed guitar upside down, that was Albert King!

He was also famous for his stage presence and powerful voice (as most early Blues musicians are!).

This studio album is a timeless Blues album that is still popular with listeners today.

The title track “Born Under a Bad Sign” and “Crosscut Saw” are two of the most popular songs from this album. 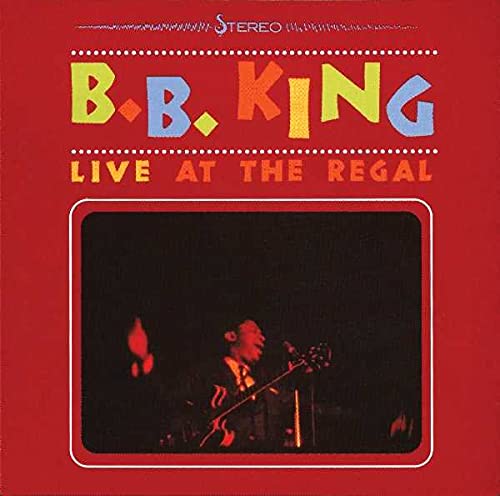 (1965) B.B. King is famous for his virtuoso guitar skills and is one of the most influential Blues musicians of all time.

“Live at the Regal” is widely regarded as one of the best live Blues albums of all time thanks to B.B. King’s energy and the passionate performances of the musicians.

This album was recorded at the Regal Theater in Chicago in 1964 and released in 1965.

It features live performances of some of his most popular songs, including “Every Day I Have the Blues” and “It’s My Own Fault.”

This is a must-have album for any fan of B.B. King or the Blues genre in general. 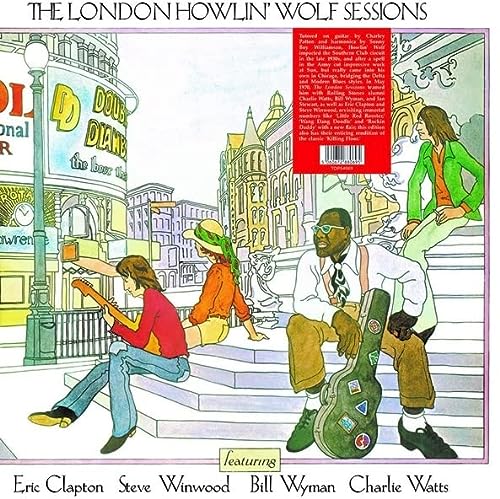 (1964) Howlin’ Wolf is a Blues musician known best for his powerful voice. He lives up to his name!

This album was recorded in London, along with some very well-known British musicians backing the singer, such Eric Clapton, Steve Winwood, and former members of the Rolling Stones.

The album is a mix of Chicago Blues and Electric Blues, with some Rock sprinkled in, and is a showcase for the power and energy of Wolf’s voice.

Standout tracks on the album include “I Ain’t Superstitious” and “What a Woman” (aka ‘Commit A Crime’), both of which let you experience Howlin’ Wolf’s energy and vocal talent.

Elmore James – The Sky Is Crying 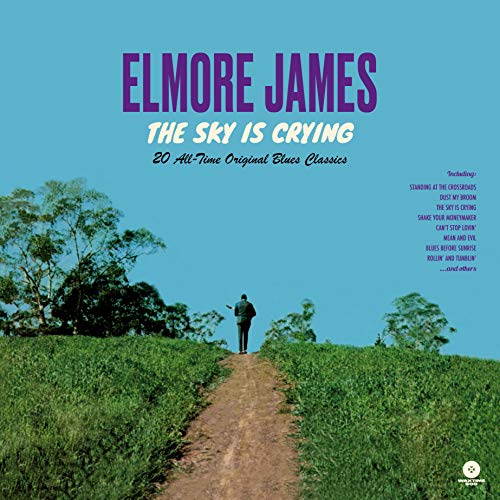 (1963) Elmore James is best known for his unique slide guitar style along with his powerful voice.

This album is a compilation of some of his best-known songs from the 1950s and early 1960s, including “The Sky Is Crying” and “It Hurts Me Too.”

Both of these tracks showcase Elmore James’ distinctive slide guitar work and powerful vocals, making them must-listens for any blues fan.

So if you’re in the mood for some authentic Blues music with raw energy and emotion, give this album a spin! 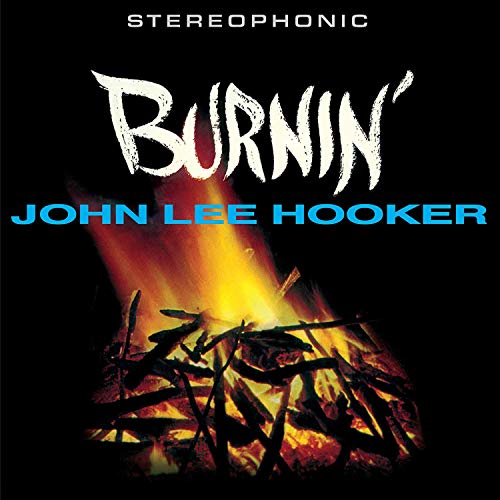 (1962) If you recognize the name John Lee Hooker, that’s because this is the second time he’s showing up on this list!

Hooker is backed by a full band on this record, and the stories he sings come to life even more on top of the extra instruments.

“Burnin'” features the song “Boom Boom” (and that song alone is worth the price of the album), and the limited edition includes two bonus tracks on a 180-gram yellow vinyl.

This album was re-released for it’s 60th anniversary through Craft Recordings. 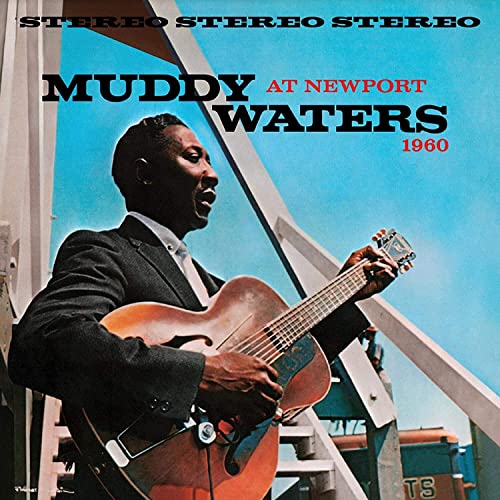 (1960) Muddy Waters is one of the most legendary Blues artists of all time, and his album “At Newport 1960” is a prime example of his musical mastery, recorded during a live festival performance.

You can hear the crowd cheering and singing throughout the album, especially between the songs. It’s a lot of fun!

Each of the nine tracks on this album are incredible examples of Waters’ ability to evoke emotion and convey a story through his music.

If you’re a fan of the Blues, or just want to experience the energy of a live Muddy Waters performance, this is an album you won’t want to miss. 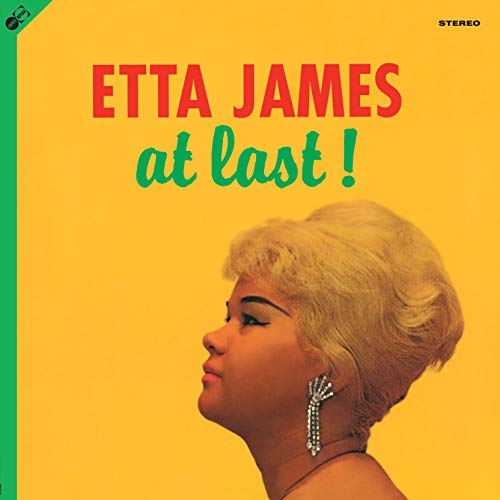 (1960) At Last! is the third studio album by Blues singer Etta James.

The album features twelve songs that mix the Blues and R&B genres, and is backed by a full orchestra.

Highlights include her signature hit “At Last!” a timeless ballad about longing for love, and “Something’s Got A Hold On Me,” which is an upbeat track that shows off her powerful voice.

With this combination of heartfelt vocals, expert musicianship and top tier production for the time, this Blues album shows clearly why Etta James has become one of the most iconic singers in the genre. 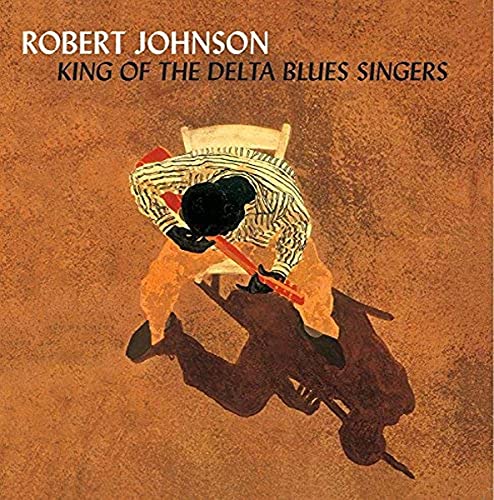 Many of his songs are considered to be the best in the genre and he has been called the “Godfather of the Delta Blues.”

Johnson’s music is heavily influenced by Delta Blues, which is characterized by its dark and melancholic sound.

The music he released is raw and emotional, and his lyrics are dark and meaningful.

This compilation album features some of Johnson’s most well-known tracks, including “Crossroads Blues” and “Sweet Home Chicago.”

I hope that you have a chance to add a few of these Blues albums to your growing vinyl collection.

This list ranged from early Blues legends to newer musicians, and hopefully you can find your sweet spot in the genre.

This is by no means an exhaustive list, so please leave a comment with any albums you feel deserve to be on a Blues lover’s record player! 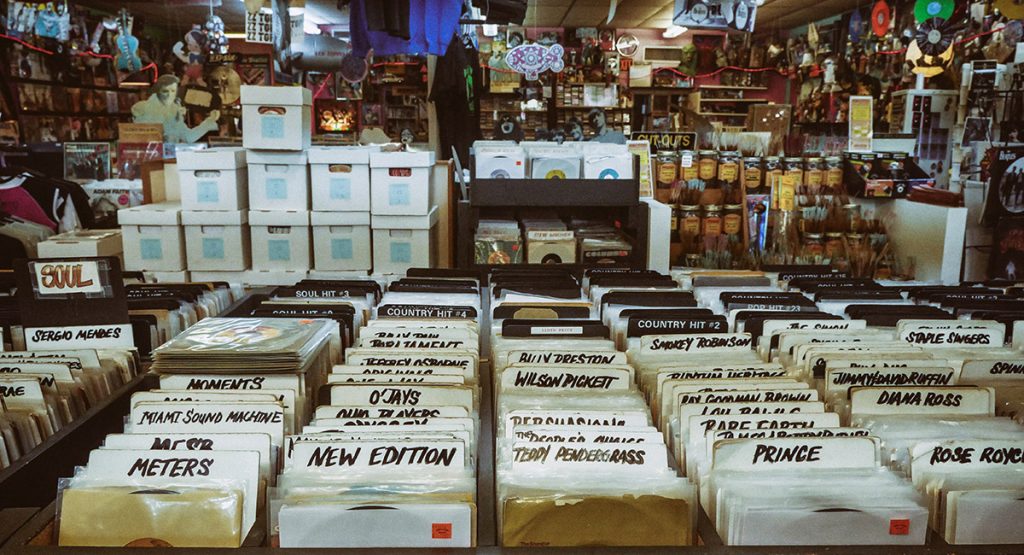 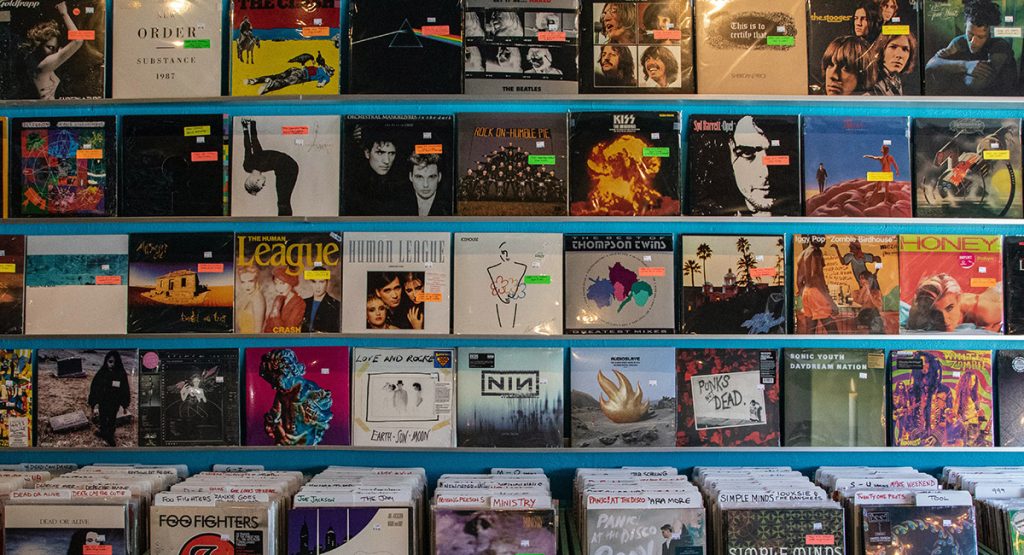